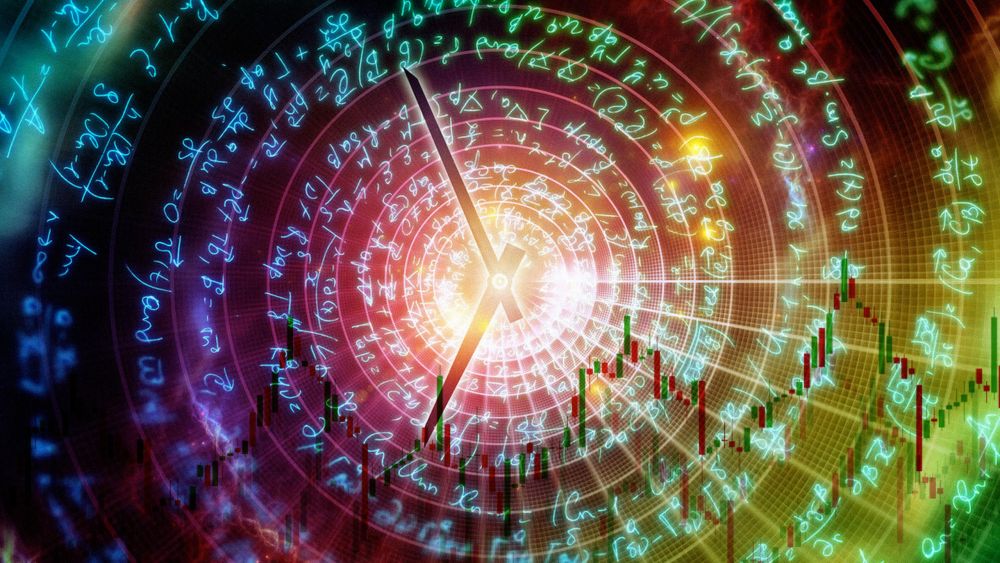 The financial markets are dynamic systems with chaos mixed in

We have repeated this phrase dozens of times, but here we go again. Mathematical patterns are based on Time… not price.

Start here… and here and here for more.

Today, we will discuss dynamic systems and use tent maps to visualize the waves of a fractal. This relationship will show how the duration of a fractal determines its structure… and how fractal structures adjust to chaos.

To do this, we need to start with a few basic theories and premises.

Dynamic systems are functions that describe the time dependance of a point in ambient space. As time progresses, the location of a point changes and so does the length of depth of a wave. The amount of time that lapsed between observations determines how large or small the structure may be. Examples include clock pendulums, water flow in a bathtub and the motions of celestial bodies (the three body problem which we may get into later… maybe).

The financial markets are dynamics systems with chaos mixed in. If emotion, news, reports and events were eliminated, the financial market would follow very repeatable quasi-periodic sin waves. These waves can be mapped like any other dynamic system, with a very simple Newton method. f (x) = x/2 + 1/x 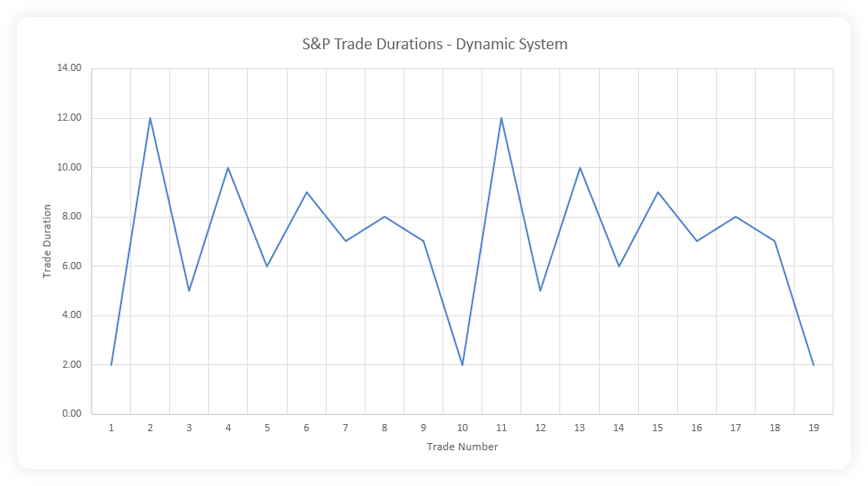 This process can be experimented with by taking a stagnant tub of water and tilting it before returning to the neutral position. Waves in the water progressively reach lower highs at a rate similar to what’s shown above. Another tilt, another neutral positions and the process repeats. Absent any chaos (fish, aggressive shaking, etc), the water always follows the same pattern.

But in the markets chaos exists. And these very programmable oscillations get disrupted enough to change the duration of each pattern just enough to undyn… uh… screw up the pattern.

We demonstrated the results of this chaos in a study we conducted about March Madness and its ability to strip emotion from the markets. We wrote two articles on this subject actually.

Visually, these new patterns look a bit different while still following the underlying principles of a dynamic system.

Here is an example: 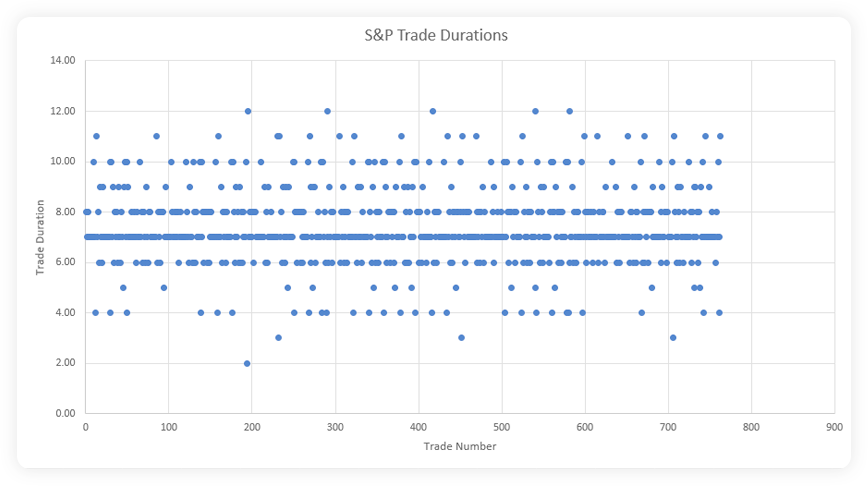 The chart shows the duration of every trade we have placed in the S&P for 15.5 years. As of the end of May, 2022, there were 762 of them. The X axis shows each trade and the Y axis shows trade duration. There has clearly been an average (the vast majority of our trades have lasted 6,7 or 8 days) but the oscillations outside of that range have been sporadic and chaotic. They’re not uniform as we showed in the example of a dynamic (unchaotic) system above.

We showed how a dynamic system without chaos would oscillate wave duration beginning with a short wave followed by a long wave and then slowly finding a mid point. What’s interesting about the S&P is that it does the exact same thing by resetting with a short duration trade (2, 3 or 4 days) and is immediately followed by a long one (12, 11 or 10 days)… before working its way back into a range. Once disrupted, it starts over again.

The markets are complex dynamic systems. Market oscillations tick back and forth just like water in a bath tub or like a clock pendulum. But the duration of each pattern can be influenced by news, reports, noise, volume and other nonsense (chaos). Chaos actually doesn’t screw up the pattern so much as it redefines it.

Chaos in the markets appears to initiate a fractal reset by returning to a dynamic system and beginning that new fractal with a short duration pattern. Effectively, the market just goes home. It starts over. It simply resets. It follows the exact same structure of a dynamic system… because it is a dynamic system.

Want to learn more about Fractals and math and physics in the financial markets?