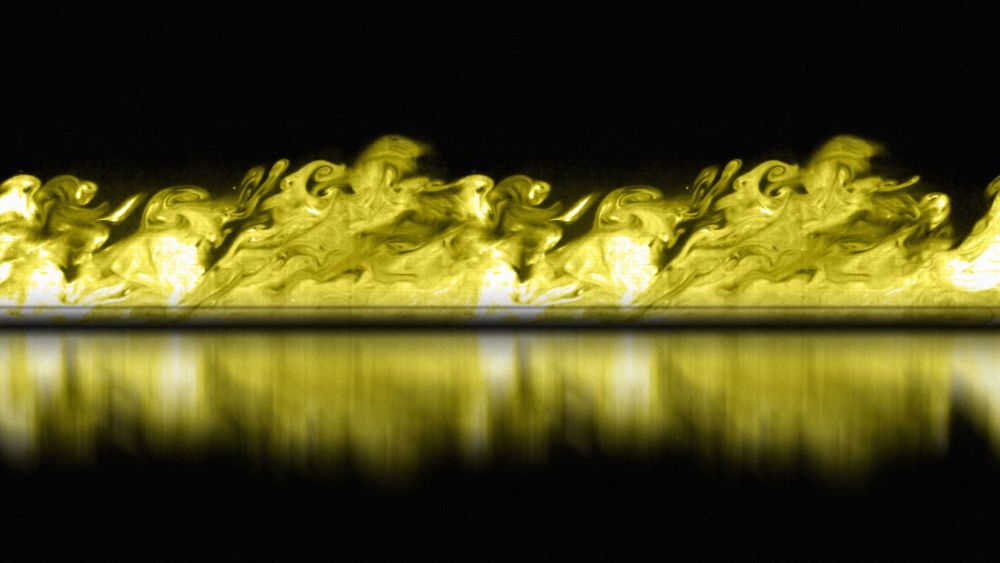 25 November 2021 | Rich B. Clifford | Blog
It’s the day after Thanksgiving. And because most of you are still half asleep, we decided to stuff you with some math (see what we did there?).

Turbulence is something humans experience on a daily basis. It is present in the physical form like when traveling in an airplane. It exists metaphorically as a short term disruption in our lives (chaos). And, as we will discuss later, it manifests as disruptive behavior in otherwise calm markets.

Turbulence is what happens “when a flow interacts with a boundary.” It’s observable, experienced and tolerated. It’s also a mathematical problem that has perplexed mathematicians for a century.

Around 1920, two physicists studying fluid dynamics were attempting to explain “boundary layer turbulence.” Quite simply, they were trying to understand what happens when fluid interacts with a boundary… such as when waves crash into a sea wall or how velocity differs along different spots along a river.

They found four distinct regions of flow depending on proximity to the boundary. We won’t bore you with all the specific details, but this discovery led to roughly 100 years of research into trying to understand how flow deviates from the mean velocity driven by it’s proximity to a boundary (speed of a river changes relative to how close you are to the side of the river).

This research considered things like eddies, river depth and atmospheric conditions, blah blah blah…  and in 2010, more mathematicians finally figured out how to model this flow by performing “a spectral analysis to identify the eddies that dominate the production of shear stress via momentum transfer.” (They figured it out… that’s what we’re trying to say).

As a result, the discovery has potentially tremendous impacts on modeling, engineering… and finance.

Where are the boundaries in finance?

Boundary layer turbulence appears in all sorts of fields, from transportation to meteorology and beyond. “I think it’s going to have a lot of applications,” Birnir, one of the mathematicians working on the subject remarked.

Yes… it has in finance and specifically in trading.

Using the material above describing how a raft moves down a river and changes speed as it approaches boundaries, let’s look at a few charts of various markets (Yes, we’ve gone over to the dark side and asked you to look at charts… but only this one time).

These charts show both price and volume for one single day of trading. What’s common amongst all of these is the behavior of volume (in red) at the bottom of each chart. The “velocity” decelerates and accelerates as boundaries are left behind and approached (opening and closing times for the day).

Just like a river bounded by sand, trees or rocks, the markets are bounded by specific parameters (opening and closing periods whether that’s daily or weekly). The behavior of the market will change relative to how close it gets to that boundary.

What does the boundary of a fractal in financial data consist of?

Mathematical patterns (fractals) have boundaries as well, though they may not be as easily observable as the charts above. Mathematical patterns are infinitely repeating structures that alternate back and forth as each leg of the pattern is exhausted. The defining boundary of those patterns is Time.

To find fractal boundaries (turning points), one must absorb price, volume, momentum and elapsed time. This data is used to build a fractal via:

The result of that math is a time based pattern that accelerates or decelerates as it approaches boundaries. Some patterns can be 3-4 days long. Others are slower moving and may need 10-12 days to develop. Every mathematical pattern exhibits different behavior driven by its flow relative to the boundaries surrounding it.

If you’re tired of getting rocked by news, reports and boundaries… and if you want to adopt a more mathematical system for trading, get in touch with our team at fractalerts.