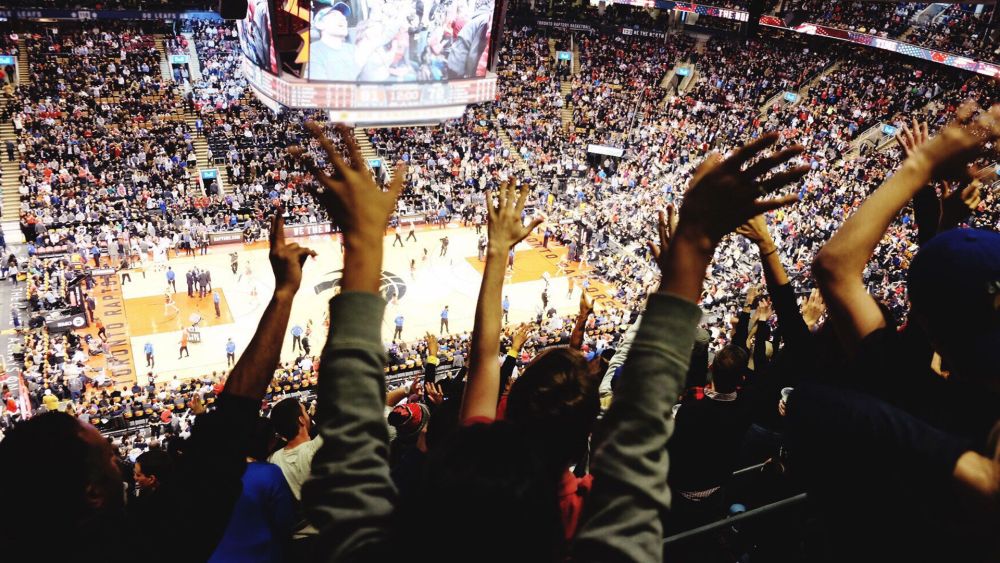 19 March 2021 | Rich B. Clifford | Blog
March madness is the reason for an extra blog this week, because when we came across this article titled “March Madness distracts investors, disrupts market efficiency.”, it got us thinking. Does March Madness really disrupt market efficiency or does the distraction of March Madness allow markets to behave as they should?

The article above suggests “productivity suffers during March Madness.”

That appears to be true. With roughly 10-15 Million viewers each year, many individuals (including traders) find themselves turning away from meetings and computer screens to focus on games.

According to this article from 2012, 1 in 7 people have called in sick to watch the NCAA Tournament. Others choose the more aggressive excuse of scheduling a vasectomy just before the tournament starts so they have a reason to be bed bound during the first few rounds. #dedication.

And others spend hours upon hours researching Saint Bonaventure’s zone defense strategy in an attempt to pick the perfect bracket. In 2014, Warren Buffett even offered to pay $1 Billion to any fan who managed to pick that perfect bracket. No one ever has… ever. (The odds of doing so are 1 in 9,223,372,036,854,775,808)

And right now, everyone living outside the US is saying “What the hell is March Madness?”

It’s a college basketball tournament where 64 teams play a series of single elimination games over a three week period to crown a champion. This tournament (distraction) causes “U.S. businesses (to) pay nearly $4 billion in wages to workers preoccupied by the opening rounds of this year’s tournament.”

But what does this have to do with the markets?

Chaos theory… or the lack there of. Back in September, we posted a blog about fractals and Chaos theory. The blog suggested “strip away the emotion of trading and we would be left with a very boring, slow moving quasi-periodic sine wave (a fractal).”

Strip away the focus of 10-15 million market participants… and another 40 million passively paying attention to their bracket picks, and you’re left with a market void of emotion, drama and chaos. You’re left… with a fractal.

The article above prompted us to conduct a test. Going back to 2007, we listed the dates of each first and third round games (second and fourth round games always occur on the weekend). We then collected the daily trading performance from every market we cover on those days and compared that sample to the total sum of days outside that sample.

Granted, this sample is small. It represents roughly 1.4% of all data. But the results were noticeably outside the norm even for such a small sample size.

On days when March Madness games were played (Thursday and Friday during the first two weeks), the patterns we follow generated results ranging between 6-12x greater than any other day during the year. This was consistently shown across every market we cover… from the S&P down to Cocoa. Every… Single…One  (except for 2).

“It turns out that the market likes to watch a little basketball and gets distracted by March Madness just like everyone else.” – Jacob Thornock.

Of the nearly 40 markets we cover, those two deviated from the remaining group by showing a negative relationship to the patterns relative to the average daily results. Clearly the British and Germans have no interest in college basketball and are intent on messing with the markets just like any other day.

Now, the point of this blog was not to suggest loading up on positions over the next few days. It was not to scare you into thinking now is the time to capitalize on a limited opportunity.

Sidenote: This year, March Madness begins on Friday and extends to Monday of each week.