Leveling In - Taking Profits Through The fractalerts Trade timeline

Last week, we received a message from a subscriber asking about exiting positions early to take a profit. His question was:

"Should I take profits at any time through the trade timeline, or only at the time of trade alerts? I find there are better profits sometimes 1-3 days after the trade alert has come out. If I wait to close the trade until I receive the next trade alert, I've seen many times profits are gone."

The idea of setting a profit target or taking a profit before a pattern has matured seems like a good idea, in theory. But as we addressed in this article on profit targets, setting profit targets is based on an impossible scenario. It requires consistent market conditions at all times and the assumption that each user is able to pick highs and lows consistently (they’re not). Quite simply, exiting a position early does not mean the market will reverse thereby avoiding a loss. Exiting a position early most often means cutting off a very profitable position that would otherwise keep profiting (emotional decisions always lead to poorer results). And that continued profit will make up for other smaller losses down the road.

Testing Profit Targets Based on Price

So… as we always do, we tested this by first laying out the rules.

Let’s assume we entered a buy position on the S&P at 4000 (round numbers to keep it easy). The buy position called for an 8 day pattern. In order to buy in at a better price, we must first establish the rules that make that second entry possible.

In theory, both strategies are good ideas. Wait for a 1% drop in the market and buy it again thereby doubling up your position while dollar averaging down the entry price. Simple.

BUT… not all market conditions are the same over time. For years, you may see 1% swings in the market over the desired time period, offering plenty of opportunities to follow this strategy. For many more years, 1% may never happen at all. Adjusting the rules based on different market conditions means reacting… not preparing. And that’s something we always want to avoid.

So, if not a certain price or percentage drop, how can we define a rule that allows for a second (better) entry?

Testing Profit Targets Based on Time

As we have discussed many times, mathematical patterns are based on Time, not price. Price is the result of a pattern’s duration, not the driver of the pattern itself. So the answer to our test is to allow for a specific amount of Time to progress before entering again.

(If you want to catch up on this topic, start by reading these two articles here and here before continuing.)

This theory is easily tested… and so we did. 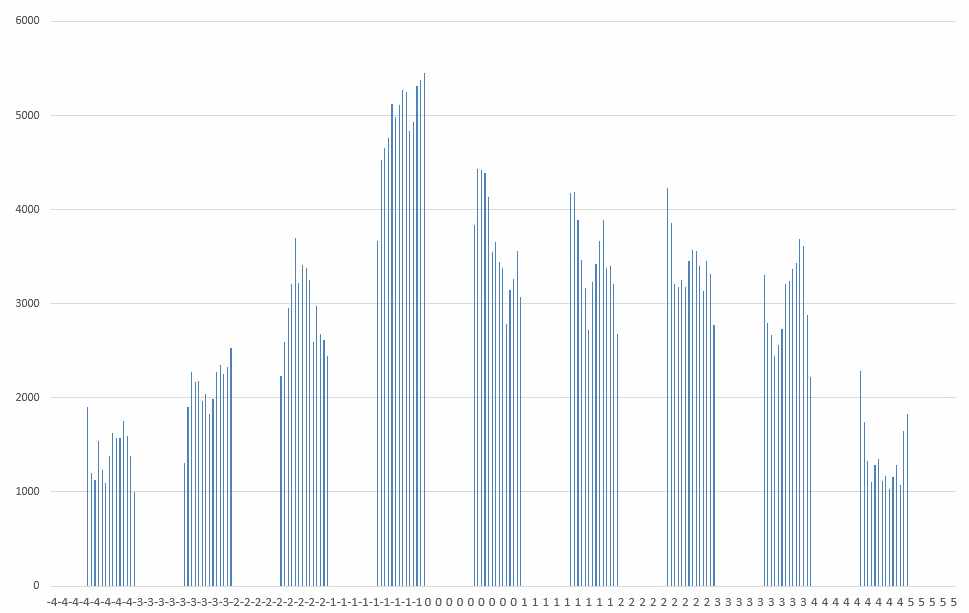 From Jan 1st, 2007 to April 30th, 2022, we entered and exited the S&P a total of 759 times. Of those trades, 369 offered better prices twenty-four hours after our scheduled entry. That’s 369 opportunities to double up a position and take a better price than first presented.

Remember the net exposure number of 74.3%? Well, if the resulting profits had dropped by less than 25.7%, this strategy would have been worth something (i.e. the value drops by equal or less value than the net risk). It did not and as it turns out, the times and dates we enter are rather important.

They may not always be the best entry visually and they are certainly never going to be highs and lows. But to a couple of mathematical theories, an enormous amount of data and some pattern recognition software, our entries and exits make perfect sense. And most importantly, our programs see something we simply cannot. Fractals.

Holding a profit and seeing it evaporate is frustrating (it’s why we never watch the screen). But holding a loss and watching it recover to a profit is the same thing in reverse. And both should be allowed to occur for equally frustrating reasons. Markets must be allowed to breath.