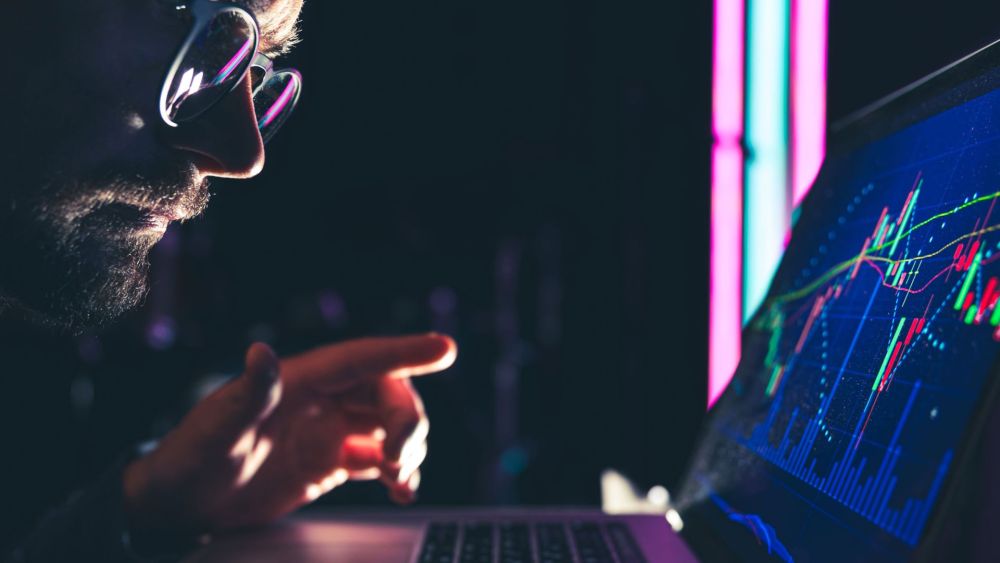 Why Traders Use Candlestick Charts

The standard jagged line chart found in most brokerages (and emojis) just won’t get the job done if you’re serious about trading. If you’re not using them already, it’s time to discover the simple elegance of candlestick charts.

Every part of a candlestick chart has a specific meaning. The most important is whether a candle is red or green (sometimes shown as black and white, or colored-in and hollow.) Green means that the stock closed higher than it opened, while red means that it opened higher than it closed. The vast majority of the volume during a given time period will happen in this range. But the data points outside them are exactly what make candlestick charts so valuable.

Here are the four parts of a typical chart and how they’re represented in the image above.

These are the building blocks for all kinds of trading strategies. In fact, most market indicators are nothing more than someone plugging these four data points into a formula. Perhaps they’ve found correlations in these data across different securities. Or they’re using calculus to track relative rates of change between them. Or maybe, just maybe, they’ve identified repeating fractal patterns in historical market data. In that case, they might really know what they’re talking about. And you should totally see for yourself  how it works.

A candlestick chart has the distinct advantage of showing how much the price varied as it went up and down. A typical “line” chart simplifies this by just showing the direction of the price action: up or down. In this way, a candlestick chart shows you how the market really works.

A stock price is not a fixed number, not even for an instant. It’s always an estimate, an average of the bid/ask spread in the market at that moment. A simple line chart would have you think that all the volume at that moment was at a single price, which is rarely, if ever, true.

How to Use a Candlestick Chart to Your Advantage

A series of higher highs and higher closes indicate greater demand than supply – i.e., more people are trying to buy the stock than sell it. A high upper candle tip means someone paid much more than the “average” price of the stock during that time period. In these cases, the upper tip of the candle may be a sign that there are other buyers willing to pay that higher price.

Another important lesson from candlestick charts is that they encourage you to think in terms of open and close prices. While a stock price isn’t fixed, daily open and close prices are given more attention by financial media, which can make these numbers seem more significant than they really are. Many long-term investors just trade based on the daily open and close prices, without much concern for the “noise” of intraday trading. Day traders seek to take advantage of this by looking for signs of price action in the first and last half-hour of each trading day.

A Final Warning: Don’t Get Burned by a Candlestick Chart

Technical analysis “gurus” love candlesticks, because they’re just one more kind of chart to endlessly scrutinize. If you find yourself an inch from your monitor, zooming in and out at a series of candlesticks, looking for a “magical triangle” or “dragon dip” or some other fanciful chart pattern, step away for a moment. (Or, as the kids say these days, “touch grass.”)

While candles tell you more than just a line, they still don’t give you a complete picture of the security. A classic mistake made by novice traders is to assume that a single big leap implies “a lot” of trades occurring. They start to think, “Everyone’s selling.” or “Everyone’s buying.”This isn’t necessarily true, and you should cross-check these sorts of market moves with volume data to see if there is an actual surge in volume.

Candlesticks show you more detail, but not the whole picture. Our proprietary algorithm analyzes billions of data points and boils them down into a simple “go/no-go” trade alert for up to 29 different markets. With a consistent track record of more than 14 years of market-beating returns, fractalerts make it simple to automate your trading.

Learn more at our Get Started page.