Put Your Safety Goggles On When Applying Leverage

On May 14th, 2018, the US Supreme Court effectively ended the 1992 federal law banning sports betting. Since then, the country has seen an explosion of online sports books offering spreads, prop bets and endless incentives to get involved.

In a rush to gain market share, casinos, offshore betting operations and even hedge funds have offered their access to the markets. Four years later, the new market place continues to show signs of expansion while consolidation is limited. This has led to disconnected offerings, disjointed spreads and… arbitrage opportunities. For example: 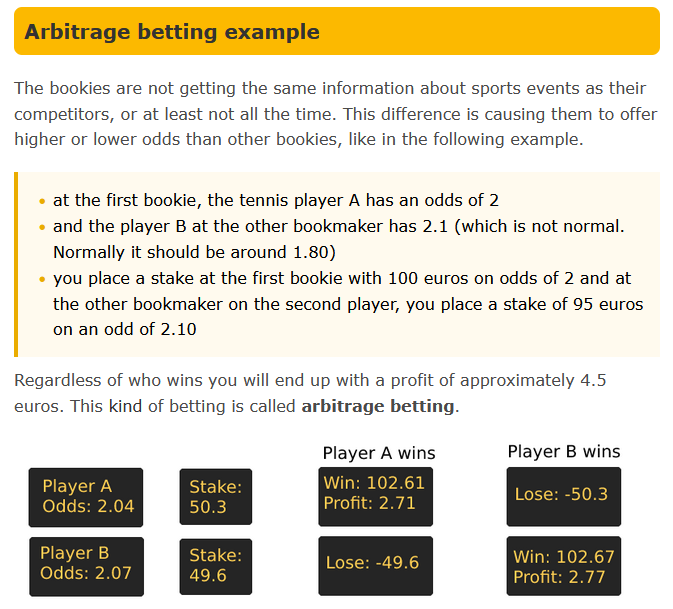 The example above may hardly be worth the time and effort to find when the potential winnings are only 4.5 Euros. But what if those potential profits could be leveraged? What if, instead of 4.5 Euros, we were talking about 4.5 million Euros? 4.5 billion Euros? What if arbitrage was more leverageable in a larger market place? Enter… Long-Term Capital Management.

In 1994, John Meriwether and a number of Nobel-prize winning economists launched a hedge fund aimed at exploiting securities with imbalanced prices. They would buy the cheap ones while selling the expensive ones… all the while expecting the price differences to converge. “Simples”

Just like the sports betting example above, their winnings on every trade ended up being relatively small. But the likelihood of generating that profit was extremely high. And since no hedge fund raises money by advertising an ability to make small amounts of money over and over again… they used leverage… and borrowed the hell out of the market to enhance each trade.

On August 17th, 1998, Russia devalued the Ruble. Given the fund’s exposure to emerging markets, they were hit hard. 18 days later, the fund had lost over 50% of its value and was locking investors out of redemptions. A few weeks more and the fund was down roughly 90% from its peak… and the Federal Reserve had to pull together a bail out package worth $3.5 billion to keep the US market from falling in upon itself. To read more, refer to Roger Lowenstein’s book – When Genius Failed

Leverage… it’s a tool used to enhance a wonderful strategy. It’s a tool encouraged by every broker on Earth. And it’s a wonderful way to lose money when abused.

When trading forex, leverage is a part of every trade. Trade a 1.0 lot of EURUSD and you’re controlling 100K of equity. Divide that amount by the size of your account and that’s your leverage. With futures, the same applies by first finding the notional value of each contract and dividing that by your account value.

Leverage is offered by brokerage firms as promotions, incentives and as bells and whistles accompanying their platforms. Sometimes this offering goes as high as 100 or even 200:1. But just because something is offered to you does not mean you have to take it. Remember, brokers are designed to get you to trade more often, not more profitably. And leverage… well it leverages up your trading frequency by implying more risk.

Leverage is not your friend. It is a tool to be used in the presence of safety goggles, gloves and perhaps some supervision. Absent the first two, get some help with how to apply it appropriately. We’re here to help.

Want to know more? With more than 15 years of proven, market-beating results, our proprietary trading algorithm spots short-term trades that others miss. Learn more at our Get Started page.