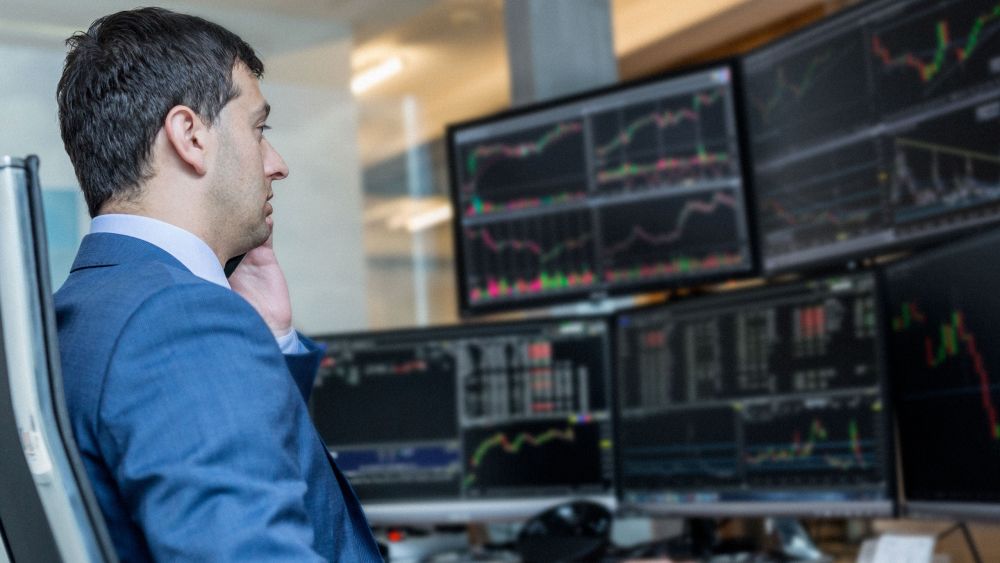 The article below was written for us by a third party. It discusses the Bill Williams Alligator Indicator (better known as a wonderful way to lose money). We’ll post the article in full.. but first:

The Alligator indicator is a technical analysis tool made up of simple moving averages of an asset’s price. Three, to be precise:

Get it? Lips, teeth, jaw, they’re all things that alligators have. ...Yeah, we know, not quite spot-on imagery. Price charts aren’t exactly known for their beautiful artistic renderings. The simple use for the alligator indicator is to predict when trends (or momentum) start and stop.

The Alligator hinges on two simple principles: convergence and divergence.

The thinking goes that when a short-term SMA crosses over a long-term one, then the underlying pattern is changing. The trends have converged, that is, they’re going in different directions, so there’s no strong underlying trend. The Lips will, by design, always be the first to cross.

In the relatively rare cases when the SMAs aren’t crossing each other – when they diverge – this is evidence of an underlying trend of consistent movement over the three different periods. All three lines separate and widen, indicating a strong trend.

The image below shows an extended convergence followed by an extended divergence. Notice how the green line (the lips) indicates the trend first, followed by the red (teeth) and blue (jaw). The Alligator Indicator can also show a downward trend, with the lips dipping first. 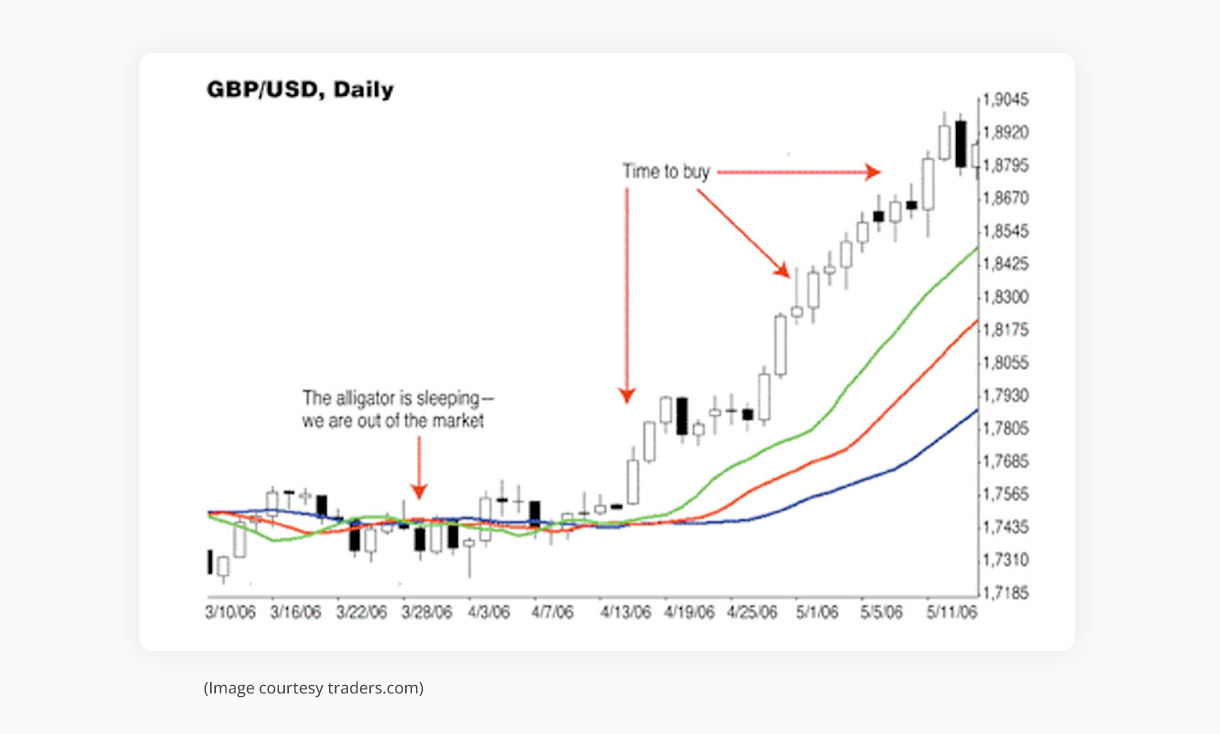 The picture above is a rare case. There’s no trend until around 4/25/06, then a strong and dramatic trend until 5/11/06. In most cases, Alligators don’t make such clear-cut charts, because these sorts of trends just don’t happen often. The vast majority of trading signals you get from the Alligator method will be false positives, causing you to get in and out all willy-nilly.

So, how do you trade with the Alligator Method?

If you want to push the alligator metaphor further, Williams decided it also has two states: sleeping and feeding – equivalent to non-trends and trends. When the alligator’s sleeping, you should be too, i.e. not trading. When it’s feeding, it’s time to strike.

If this sounds like something out of The Art of War, well, it basically is. The metaphor is meant to give this simplistic strategy an air of legitimacy. Keep in mind that moving averages are lagging indicators. Whenever they cross or align, the significant movement – the really money making opportunity – has already happened. It’s like hunting an alligator, but not loading your weapon until after it’s already chasing you.

So, what good is it?

If it were pure snake oil, practitioners would be trying to convince you that it’s always useful and predictive. It’s not, and thankfully, they don’t – mostly.One of the only reasons to pay attention to the Alligator Indicator is that it tells you when to sit certain trades out. If there’s no trend, if the market’s sideways, the Alligator can help make that clear.

The Alligator’s creator, Bill Williams, believed that individual securities are only trending around 25% of the time. This is a neat theory and all, but it’s too dubious to base an entire trading strategy on. It should make you start asking questions: when do the trends start and stop? Are the trends in the market or the individual stock? Are trends predictive or lagging indicators?

You should always be skeptical when approaching strategies like this one. Don’t expect it to be predictive. There’s nothing magical about the Alligator method versus other moving-average technical analysis tools like MACD or Bollinger bands. If you do use the Alligator Indicator, think carefully about what a convergence – okay, a “sleeping alligator,” sheesh – means for your specific asset. It may be the time to take profits, to stay out of the market, or do nothing.

As with other trading pseudo-strategies, the Alligator Indicator leaves too much up to interpretation. If you want clear, actionable trading signals based on much more than simple moving averages, try fractalerts. Our proprietary models study the entire history of the markets to detect hard-to-spot patterns. When they turn up an opportunity, we signal you 24–48 hours in advance. And then, most importantly, we make the trade ourselves.

To find the right fractalerts for you, tell us a bit about what you trade on our Get Started page.